HEALTH | Pollution: What we can see is only the tip of the iceberg 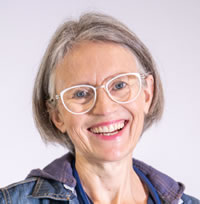 Smoke from the Mossman Mill submitted by an anonymous resident. Image: Supplied.

Australia’s ambient air quality standards have not been updated in more than 20 years and are lagging behind other developed countries.

A recently published international study on air pollution, confirmed that even low levels of air pollution can increase the risk of death and Australians seem to be particularly sensitive to Particulate Matter and cannot effectively resist its adverse impacts.

What makes air pollution so difficult to understand is that the hazards in the air that we breathe are not always tangible and the impacts on our health often not immediate.

The picture of the dirty sponge, which a concerned Mossman resident submitted, might just be the tip of the iceberg.

While this accumulation of ash in itself poses a risk by causing cough, asthma exacerbations and lung cancer, it is the less visible finer dust which can cause even worse health condition.

The fine Particulate Matter (PM2.5), often carried through the air over a longer distance, can enter the blood circulation through the alveoli of our lungs and causes inflammation in virtually all organs, including the heart and the brain.

This results in ischaemic heart disease, strokes as well as behavioural and cognitive issues in children and neurodegenerative diseases such as Parkinson’s Disease.

To make matters worse, an analysis conducted by the Department of Environment and Science a couple of years ago showed a high proportion of silica in the collected dust samples around various places in Mossman.

Silica is one of the worst fine particulate matter responsible for aggressive forms of fibrosis of the lung and cancer.

It is easy to brush off concerns once the smell has gone and the ash has been wiped off the benches. But the effects on our health and our children’s health continue.

Now we can do two things:

We can ignore the problem, carry on as we have done in the past and deal with the consequences later.  We can take more medication, undergo more cancer treatments, build bigger hospitals, employ more nurses and equip schools with more special-needs teacheraides.

Or we can look at the facts, conduct a root cause analysis and invest our time and money in implementing changes. Knowledge and technology has advanced and we have more choices than we are led to believe.

The emission data for the mill are readily available on the National Pollution Inventory and a look at the conditions of the current Environmental Licence for the mill identifies an allowance to release contaminants to the atmosphere at a concentration of particulates of up to 800 milligrams per cubic metre.

It is understood that more modern mills operate with a limit of 250 milligrams per cubic metre. The Licence furthermore regulates that specific air quality standards must be achieved at sensitive places outside the property of the mill, such as schools, kindergartens and private residences.

However, apparently, no continuous air quality monitoring is undertaken.

As emissions will vary depending on mill operations and weather conditions the achieved air quality will differ significantly depending on time and location. Currently, there is no reliable way of knowing what degree of health hazard we expose our children when we send them to school or to the childcare centres in Mossman.

Changes are often difficult and inconvenient.

There is no blame and shame in being at a point of struggling. But it is negligent to ignore the evidence.

Mossman has a great history around sugar cane and milling and this deep connection with Mossman’s roots lets us overlook the evidence and evolving science.

While we should honour the past we need to be present in the 21st century. If we want to give our children a real chance for a future, we need to embrace changes based on facts and guided by experience and science.

Without the breakthroughs in medical science and research we would still plant tobacco and smoke cigarettes unaware that smoking causes cancer and other illnesses.

Air pollution and pesticide exposure are silent contributors to illness and death and processed sugar is the new tobacco. The debate about the mill is polarising the community.

But the debate is not against the mill owners - it is against air pollution and its ill health effects on all our residents.

The debate about sugar cane is not against the sugar cane farmers either - it is against pesticides and their ill health effects for the entire community, particularly for our farmer’s health.

Our region is blessed with an abundance of opportunities to become an example for a successful and mindful transition from an ailing town into an environmentally intact community with healthy residents and a solid economy.

We just need to start looking at the facts, formulating new visions and developing an integrative strategy to achieve a positive outcome for everyone.


Dr Alexandra Bernhardi is a GP who focuses on prevention by combining conventional and integrative medicine.