Where does this local chef look to for inspiration? 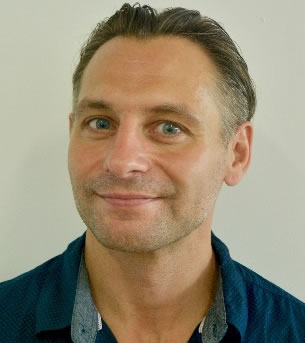 Cheffing isn’t easy - being at the top of the culinary scene requires finesse and a bravery to be creative enough to come up with bold unique dishes that will keep punters coming back.

In a time where chefs are the new rock stars, where do they turn to for foodie inspiration?

As with any profession, there are differing pathways, and this is true for flourishing chefs. After graduating from culinary school some youthful cooks cheerfully sizzle away in the kitchen without much notice to go further. Others strive for the gastronomic glory of becoming the purveyor of creative flavour for renowned restaurants.

For Julian it was a baptism of fire, working with chefs of the highest level right out of graduation.

“I wanted to work in the best restaurants with the most highly skilled Chefs – from them, I learned very quickly about the art of food,” said Julian taking the more ambitious second path.

Spending years perfecting his culinary craft working in restaurants around the world gave him experiences to be able to take charge of his future to fulfil a dream of becoming a Head Chef.

“I give 100% dedication to everything I make. With endless energy and devotion to my craft, I strive each day to better myself to the dish ensuring it is perfect to the last detail.

“When you work with me food takes time. It’s all about the process of getting it right, making sure the flavour comes out. One dish can take two to three days and we can prep for up to14 hours a day. If the fundamentals are rushed it’s not going to taste good,” said Julian.

For Julian flavour is spelt T.I.M.E., Koko’s must-try breakfast ramen is a stunning example of this - taking each bowl three days to prep. From the slow-cooked pork to the extraction of the miso and ginger broth – a masterfully elegant dish that begs to be eaten like no one is watching.

You’d be mistaken to think that Julian draws all his inspiration from his travels but that’s only a portion, his creativity comes from closer to home – his family.

“If I really want to learn something new, I look to my parents and partner’s parents. I look to family recipes and make them even more special - something that you’ve never tried before.

“My partner’s family are from Indonesia so on video calls we’re always talking about food – a different version of this and that, like a fried rice recipe that I couldn’t wait to play around with after the call,” he said.

It’s heartfelt cooking that has emotional appeal in every bite.

It is his wife’s Grandmother’s recipe that is the inspiration to Koko’s signature dish Beef Rendang. A dish that’s full of spices and takes a day to cook, something he’s proud to be serving again to locals every Monday evening from the 14 September.

Like most of us when the world came to screeching halt and restaurants were in hibernation, Julian took this time to get everything right for reopening and to perfect his sourdough bread.

As a chef and a humanitarian, he and the team at Koko’s led by General Manager Jessica Whitworth reached out to the community earlier in the year, offering complimentary takeaway meals to anyone in the Port Douglas and the surrounding area that had been affected by COVID-19.

Chris Northam, Area General Manager for Accor based at The Pullman Port Douglas Sea Temple Resort and Spa said Julian and the team at Peppers has done a great job supporting the community during a critical time of uncertainty.

“As the calibre of chef, he is one of the best I’ve seen in the 30 years of working in the industry, he has a real passion for his craft.

Julian is an advocate for local produce and will always support local farmers and quality producers whenever he can. He has a great knack for creating the most sublime daily specials from what is best in region to ensure patrons are spoilt for options.

“Julian has free rein on the menus, he’s given the idea and takes it from there. With Aluco he has been able to explore the Mediterranean style very well, he rarely has any need for pre-made or mass-produced product, for example, he makes all his sauces from scratch,” said Mr Northam.

Aluco is much more jubilant than it lets on, with toothsome dishes that implore to be pleased by the mouthful. It’s the flavours of the Mediterranean. The sun-washed shores, the flowing olive vines, the wealth of fresh herbs and abundance of love infuse in every dish like their barbecued octopus that guests can’t get enough of.

Julian is overwhelmingly committed to discovering new wells of gastronomic goodies, with a heart full of passion to fresh produce and considerable creativeness to his dishes – this is the difference that guests will notice while sampling the menus at Koko’s Poolside Bar & Kitchen and Aluco.

Look out for Julian’s Christmas offerings at Koko’s & Aluco as he expects seats to fill fast this year.